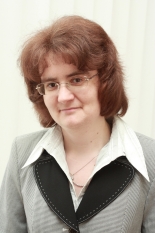 Socio-Semantic Web Meets NLP: Wikipedia and Wiktionary as Lexical Semantic Resources
This event took place on Friday 29 May 2009 at 11:30

The rise of Web 2.0 and the so called Socio-Semantic technologies in recent years has led to huge amounts of user generated content produced by ordinary users on the Web. This content called for user-generated tagging to enable better information navigation and retrieval. Therefore, semantically tagged collaboratively constructed knowledge repositories emerged that represent a novel type of Web-originated resources - we call them collaboratively constructed semantic resources (CCSR). Example instances of CCSR are collaboratively constructed and semantically enriched multilingual online encyclopedias, such as Wikipedia, or collaboratively constructed online multilingual dictionaries, such as Wiktionary.
NLP researchers have started to employ CCSRs as substitutes for conventional lexical semantic resources and repositories of world knowledge, such as thesauri, machine readable dictionaries, or wordnets. In overcoming the limitations of existing resources, such as their coverage gaps, significant construction and maintenance costs, and restricted availability, there is now a hope to significantly enhance the performance of numerous algorithms by utilizing CCSRs in broad coverage NLP systems. Combining CCSRs with statistical measures results in the shallow, approximative semantic knowledge and has already demonstrated excellent results in some NLP tasks.
The talk will present some of the recent work done at the Ubiquitous Knowledge Processing Lab in the above outlined area. At first, Wikipedia and Wiktionary will be presented as lexical semantic resources. Then, the performance of computational semantic relatedness measures utilizing either conventional wordnets or CCSRs will be examined on various datasets and NLP tasks.

Free Software of the UKP Lab: