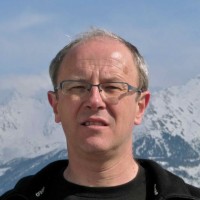 This talk is about some core objects encountered in PLEs that can cause or even foster learning. Literature on PLEs often reports the features every PLE share. The following are worth mentioning among the most frequently reported: personalisation and malleability of the learning environment, its suitability for both formal and informal learning, focus on learner. Literature sometimes also reports the dimensions upon which any PLE can be analysed (Palmér et al., 2009; van Harmelen, 2006) or which processes are fostered in learning (Henri, Charlier & Limpens, 2008). Since reporting these features is sound from a technical viewpoint (even though problematic for some researchers, see Fiedler & Väljataga, 2010), they seldom are psychologically grounded and the question of how and why they can help or even trigger learning can be posed.

This talk will address this question: to which extent a PLE can mimic some core activities involved in teaching, and through which functions or objects? In so doing, the view is not purely technical or functional but psychological. In a nutshell, a PLE that fosters learning enables learners:1/ to be engaged in several activity loops whose main goal is exhibiting some material for learning purposes,2/ in so doing, to realize explicitly or more implicitly, the gap between their actual state (epistemic or social) and their expected state (e.g., what what remains to be learned, with whom to interact);3/ in parallel, to have the opportunity to contradict (or at least negotiate) the feedback if it appears to be non-optimal, either from an epistemic or social viewpoint.

The very specific combination and learners’ involvement or awareness on these three objects fosters learning. The talk is threefold: the presentation in more depth of the three objects, the illustration of these notions through some systems designed in our lab, and the listing of design principles for new PLEs to emerge from this view (Dessus, 2009). Beyond the explosion of PLE features, due to ever-growing research progresses lies the problem of their complexity and possible non-use (Norman, 2011). Grounding the design and development of PLEs with psychology-oriented principles may prevent this problem.