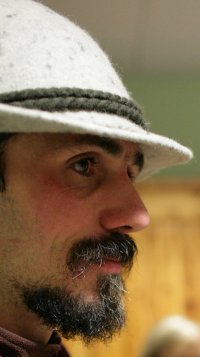 Vilfredo goes to Athens: an AI moderator for Consensus Building
This event took place on Tuesday 08 October 2013 at 10:30

Vilfredo goes to Athens is a Human Being Genetic Algorithm to help a small group of people (up to a couple of dozen people) to reach a consensus on an open question.

It uses a novel form of voting where a proposal A dominates a proposal B if the voters of B are a subset of the voters of A. And then extracts the Pareto Front of the undominated proposals. This form of selection of proposals has a number of corollaries which we will go through; among them the fact that each person that has voted will find at least one proposal that he has voted in the Paret Front. Thus the Pareto Front really represents the voting community. Also it is very common for the participants to affect the result of the voting with their vote. The vote of each person becomes thus very important. This is used by the system which through a mathematical analysis of the votes extracts particular actions that could help reaching a consensus. And then suggests them to the participants. Who should consider changing their vote on a particular proposal; who should speak with whom;who should rewrite which proposals in a way that fits them. Obviously the participants are not tied to those actions, but can ignore them, follow the suggestion, or act differently. Vilfredo is being recently rewritten to fit modern efficient style of programming with a front end / back end division. And could possibly be used inside other tools to work on hard to reach consensus.