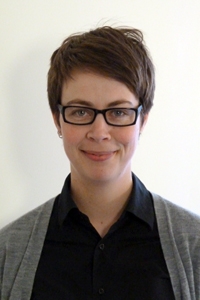 Developing a publics-centred approach to conducting and evaluating engaged research
This event took place on Monday 09 June 2014 at 13:15

Developing a publics-centred approach to conducting and evaluating engaged research: a case study of the Participation Now project

Although public engagement is high on the agenda - within higher education and other domains - relatively little systematic attention has been paid to the question of what precisely is meant by the 'public'; in public engagement. What happens if we put the idea of the 'public' at the centre of our efforts to conceptualise, conduct and evaluate publicly engaged research? In this presentation, we explore this question through an account of how we set up, developed, and have begun to evaluate Participation Now - a pilot study (in part funded by the OU Catalyst project) in which we experimented with new approaches to public engagement with research. The aim of Participation Now has been to support learning, research and public debate about the contemporary field of participatory public engagement. At its heart is a publicly accessible web resource, hosted by the Open University's OpenLearn platform, which comprises two key features: a searchable collection of over 130 participatory public engagement initiatives from multiple domains and a 'comments, debate and analysis' section featuring contributions from researchers, practitioners and others that reflect on developments in this field. Alongside Participation Now we have also developed a new conceptual framework, which brings together 'calculative', 'normative' and 'emergence-oriented' perspectives on the topic of the public. We discuss how we have begun to use this framework to evaluate the Participation Now project, and conclude by suggesting a set of ways that this framework and this public-centric approach can be useful to other researchers involved in public engagement activities.