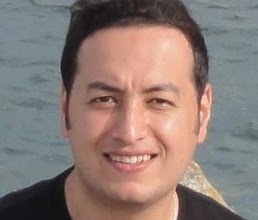 SentiCircles for Contextual and Conceptual Semantic Sentiment Analysis of Twitter
This event took place on Wednesday 14 May 2014 at 11:30

Lexicon-based approaches to Twitter sentiment analysis are gaining much popularity due to their simplicity, domain independence, and relatively good performance. These approaches rely on sentiment lexicons, where a collection of words are marked with fixed sentiment polarities. However, words' sentiment orientation (positive, neural, negative) and/or sentiment strengths could change depending on context and targeted entities. In this paper we present SentiCircle; a novel lexicon-based approach that takes into account the contextual and conceptual semantics of words when calculating their sentiment orientation and strength in Twitter. We evaluate our approach on three Twitter datasets using three different sentiment lexicons. Results show that our approach significantly outperforms two lexicon baselines. Results are competitive but inconclusive when comparing to state-of-art SentiStrength, and vary from one dataset to another. SentiCircle outperforms SentiStrength in accuracy on average, but falls marginally behind in F-measure.