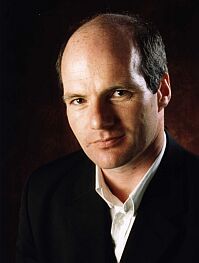 Synergistic serendipity
This event took place on Monday 12 December 2005 at 12:30

Modern computers have evolved from the beige box under the desk into an integral part of our environment and infrastructure. They are exceptional tools, offering great power and connectivity and allowing us to achieve things previously unimagined. But they remain a frustrating collaborator: pedantic, almost autistic in behaviour, it is hard get them to work with us in tackling ill-defined problems.

In this talk, I'll discuss a synergistic approach to designing and developing systems that try to bridge this gap by maximising the skills of the user through augmenting them with the capabilities of the computer. I'll discuss a number of examples of systems that have been developed from these principles, including a data mining system which understands that we're simple creatures who can't cope with multidimensional data too easily and like to speak in broad generalisations, and an internet browser that peers into the future for you. I'll also discuss how our interactions with systems have been changing, and how we can get systems to support social interaction, dating, and joke-telling - and why it's important.